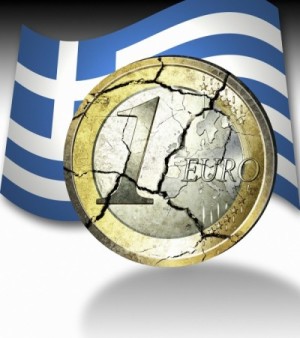 I translate here an article by Ida Dominijanni published on Internazionale on July 15 2015. It argues that on Sunday night, July 12 a climax has been reached in Brussel, that has ripped the veil over the political and moral state of the Union. The principal scene of the drama going on stage in Brussels has shown once and for all that the Greek case has never merely been an economic matter, but a moral one.

Drawing on these reflections, two questions of mine follow at the end of the translation, concerning the extent to which a similar deployment of forces can be considered in place only in Greece.

I find neither interesting nor funny taking part in the board game – which is raging both in the right- and in the left-wing – about the extent to which Alexis Tsipras betrayed or remained loyal to the anti-austerity cause. In this regard, I share the words by Adriana Cerretelli on the Sole 24 Ore, who acknowledges “his audacity in surrendering to the diktats, in order to rescue his country from the overhanging catastrophe, and his courage to disprove  his anti-austerity promises in Brussels, although he knew he was risking his post once back in Athens”.

We should have been there, in his shoes (in his already proverbial blazer), in that situation of extreme violence (“mental waterboarding”, as the Guardian put it), to be able to judge him. None of us was there, “under torture” as he was.

Rather, we might question his previous move, that incredibly mild agreement proposal that he sent the troika the day after the successful “no” at the Greek referendum. That move had already revealed either an incautious disarmament or vice-versa an incautious hazard (in case he was aiming at accepting reforms in exchange for debt restructuring).

The retrospective account by Yanis Varoufakis throws some light on this point. He uncovers a tactical as well as strategic divergence in the Greek government by recurring to more serious categories than those of “betrayal” or “failure” of the only European left-wing government, categories of which pundits and politicians are fond.

As it always happens, the board game is useful only insofar as it diverts attention from the principal scene: the waterboarding night. A dramatic crescendo has ripped the veil over the political and moral state of the Union, and has finally revealed some pieces of evidence.

The blatant disproportion between the alarmism induced by the Greek debt and the much higher amount of money suddenly burnt in the stock market  was already sufficient to consider ridiculous the economic explanation of EU stiffness.

First, in the Greek case the problem is not – and has never been – economic, but rather political, and especially moral. The blatant disproportion between the alarmism induced by the Greek debt and the much higher amount of money suddenly burnt in the stock market when the referendum was announced was already sufficient to agree with those Nobel Prizes who, from the other side of the Atlantic, considered ridiculous the economic explanation of EU stiffness.

In a similar way, accounting operations carried on by the IMF (not by Syriza) had already revealed not only that the debt was unsustainable for the weak Greek economy, but also that debt relief – and not pension cuts and VAT increase – were necessary to rescue Greece.

Stiffness thus proceeds from political and, above all, disciplinary reasons. Political reasons are well-known. They explain why the hashtag #ThisIsACoup went immediately viral: coup d’etat (Varoufakis has written that this is not so different from the colonels coup, if only we replace tanks with banks); disdain of the outcome of the referendum (ignored and punished) as well as of parliamentary democracy (reduced to a mere executor of the German diktat); delegitimation and attempt to replace an elected government guilty of experimenting anti-austerity policies; therapy to prevent the infection in Spain or even other potential countries.

Stiffness proceeds from disciplinary reasons. […] Waterboarding was not necessary to reach political goals. Bare power relations would have been sufficient.

However, waterboarding was not necessary to reach these goals. Bare power relations would have been sufficient, even without the necessity to scale up to violence or sadism. The principal scene that went on in Brussels on Sunday July 12 was inordinate, and it should be investigated why. It was inordinate because underpinned by a punitive, disciplining and moral intent, which aimed not only to bow Athens troublemakers’ head, but especially to exemplify to the whole world that either Europe works along those lines, or there is no Europe. It was meant to assert that “ordoliberalism” is the monotheistic religion of the European Union, and that the so called “reforms” are its commandments. It was intended to state that those who do not comply with those commandments must be conceived of as infidels, while those who do comply are required not only to accomplish them, but even to interiorize and perform them.

From this perspective, the further ratification passage at the Greek Parliament – that was asked by Athens and then granted – acquires a symbolic value. Neoliberalism does not need tanks to exert power: it requires that governments approve its diktats, internalize them, and be harbingers for them. It requires that debtors feel guilty and fall on their knees to expiate their faults.

Since 2008 the media system has popularized an economic discourse that had previously been only the domain of a few experts. We all have become experts in tax rates, pension coefficients, spread and derivatives, in a similar way as most people during the WorldCup become football experts. However, the media system is just the instrument in which this powerful dispositive for moral discipline is embedded. On this dispositive neoliberalism builds up its consent, and mobilizes ethical approval that is at the same time individual and collective.

Since 2008 we all have become experts in tax rates, pension coefficients, spread and derivatives. […] On this dispositive neoliberalism builds up its consent, and mobilizes individual and collective ethical approval.

Consequently, the Greek case does not “only” challenge democracy, but also our freedom, our intelligence, our ability to resist mental waterboarding. The Greek experiment has paved the way. Now it is up to each of us keeping this way open, if we still wish to invest on building Europe, rather than leaving it collapse.

(Translation by Annalisa Pelizza, upon permission by author and publisher)

This article has brought two questions to my mind.

First, in which regard are similar treatments different in Greece from other European countries?

Living in norther Europe, I do have the feeling that the main difference lies in the timing and rhythm of their implementation, but not in the substance. If you work in publicly-funded agencies (including teaching bodies and research organizations, but similar considerations might extend to business) in UK, Ireland, Germany, Italy, the Netherlands, France or any other country in Europe, you are probably experiencing top-down measures imposed by a ministry to the head of your organization. The head is probably simply passing these measures to your department’s head, and so on downwards, in a chain where accountability is not traceable anymore. Or maybe, accountability does not lie in what intermediaries do, but rather in what they do not do.

One of the results is that in the last years you have probably been working more for less. The worst signal in this regard is that working relationships – with your colleagues and superiors – have become harsher. You’ve probably found yourself sometimes looking at whether the others are working fast, long or heavy enough. Not a pleasant acknowledgement, we might admit.

Isn’t this the same attitude that we have developed towards the Greek people? “But they do not want to retire when they are 67!”. Who wants it, instead?  We do not want this, we accept it, because we are told that there are no other possibilities.

The difference with Greece is in that that small country in the Mediterranean see has nothing to loose, and has therefore tried to formulate our common wish: not to be asphyxiated by strangulation in the long-term. It has tried to open the debate to other possibilities.

We should be grateful to the Greek, not acrimonious. They brought this issue to the public trans-national arena, and they were given the short-term treatment, instead. However, the issue remains on the table.

Second, if it is true that we are facing a new phase in neoliberal policies – one that imposes Foucaultian technologies of subjectivation not in the name of self-interest, but of moral principles, then what changes in terms of subjects-building (and dismantling)?

If you are not only economically, but morally inadequate, then maybe you deserve to pay a fee not only as an economic subject, but as a subject tout-court. Isn’t there a risk that this formulation paves the way for an escalation of institutional violence (e.g. closure and refuse to negotiate, to interact, to communicate)?